Dogeparty Runner is a cyberhunt game that tests player’s problem solving skills to track down random facts on the interwebs. Along with email and web access, players will need to maintain a Dogeparty wallet in order to buy, trade, redeem and leverage Dogeparty Runner game tokens.

All Dogeparty Runner game tokens can be traded on the DEX (decentralized exchange) built into the Dogeparty Wallet web client. Each game token was designed to have an inherent value. Holders of each token has the choice to redeem them for continued gameplay instructions or to trade them on the exchange with anyone needing or wanting more of them.

A strategic example of a way to play Dogeparty Runner and earn extra coins without actually winning could play out as follows:

A player is able to solve problems without using all their clue game tokens, leaving them with extra HINTS or CLUES that they won’t need anymore. This player could list them on the exchange in exchange for DOGE or XDP coins. A player having trouble solving the problems and without anymore clue game tokens could buy the listed ones if the price were right. Players selling Dogeparty Runner game tokens can recoup some of the entry fee they paid to play in the weekly games. All four Dogeparty Runner game tokens can be traded on the exchange during any point of the gameplay. The best players will be able to leverage their game tokens to maximize their profits.

Sign-up for weekly games will begin on Saturdays. The following is a typical schedule for each week’s game:

These last RUNNER tokens are collected at the end of regulation and each player to solve all 5 problems is entered into the weekly prize raffle. The drawing determines the winning runner and they receive the coveted PRIZES token.

Final drawings will happen on Fridays. The weekly winner will be determined using the following criteria:

Player registration will consist of an email address and a Dogeparty wallet address. These 2 forms of ID are not allowed to change during a running game.

Each weekly Dogeparty Runner game will have a unique game address that will distribute game tokens, collect game tokens and receive payments for HINTS and CLUES.

The Dogeparty Runner gameplay email address is: play@adeally.com. All communication during gameplay will come from, and should be directed to this address.

While this website will be updated with the latest announcements, the majority of communication between the Dogeparty Runner and the players will take place over email. Typical communication might be gameplay problem announcements, hint and clue delivery, instructions and much more.

Each weekly game entry will cost 5 XDP or 7,500 DOGE. Both coins will be excepted. A 50% discounted price is factored in for  players paying in XDP. These should be sent to each weekly game’s announced Dogeparty address.

Every player needs to have a Dogeparty wallet.

Dogeparty Runner offers free shipping to players within the continental United States. Players that win the weekly raffle who live outside the continental United States will need to cover International shipping costs of their prize if they choose to claim it. Dogeparty Runner ships worldwide. Any winner may also try to trade their PRIZES game token on the decentralized exchange as well.

Dogeparty Runner has teamed with the Dogeparty Token Depot for help in rewarding all the runners participating in the challenges and with distributing Dogeparty tokens to the community. With their help we can offer all game participants tokens for each correct answer they provide. Each game will be sponsored by one of their donated tokens each week. 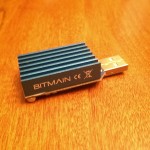